Kanye West can’t seem to keep his name out of everyone’s mouth these days – which is nothing new – but with his recent hospital admission and cancellation of his “Life of Pablo” Tour, people don’t know what to think of Yeezy these days. While most if not all sources are reporting that Kanye’s recent hospitalization is due to a “psychotic episode”, none of them seem to scratch the surface of the bigger picture: Kanye West suffers from depression, and has been since 2007.

…That’s right. Kanye West has been dealing with depression for nearly a decade now, but why is everyone only interested in his mental health status now? It’s quite apparent that this deep depression arose following the death of his mother and best friend,

Donda West. Donda passed away on November 10, 2007 due to complications from an elective breast reduction surgery. While Ye has never gone out of his way to speak about the passing of his mother, he did express to Q Magazine back in June of this year that he felt responsible for her death by saying “If I had never moved to L.A. she’d be alive…”.

So back to my question – Why wasn’t it obvious before that the Louis Vuitton Don was crying out for help? Perhaps because of the awful stigma that Black men can’t suffer from mental illness – especially depression? Or maybe it’s due to the fact that he didn’t outwardly speak on his personal life to the media – like the passing of his mother, or his breakup after 6 years with fiancé Alexis Phifer…Thus, his fourth studio album 808s & Heartbreak was released a year later on November 24, 2008. Although the album sold almost a half million records it’s first week, it wasn’t well received by fans or the hip-hop community. RollingStone.com called the album “a mournful song-suite that swings violently between self-pity and self-loathing”. That so called self pity and loathing was really Kanye West expressing his spiraling depression and sense of hopelessness on record.

It seems most thought Ye was either trying too hard to capitalize on the auto tune era reboot, or he was simply being the overly dramatic and over confidant rapper they’d all come to know and love…I on the other hand knew better. I saw this beautifully sad work of art for what it was. I related to his pain and cried along with his lyrics over and over. I was newly 18 and trying to navigate my life as an official adult in college for the first time, and failed miserably. I was hopelessly in love with a man who would never grow to love me back, and mouring the death of my own best friend and mother figure at the same time – my grandmother. I got the message loud and clear: Life was hard. His content resonated deep inside me and I loved every word…So thank you Kanye, from one depressed individual to another, for allowing yourself to be so vulnerable and transparent about our battle. I pray you get the help you so desperately need to begin your journey back to happiness – It’s possible. 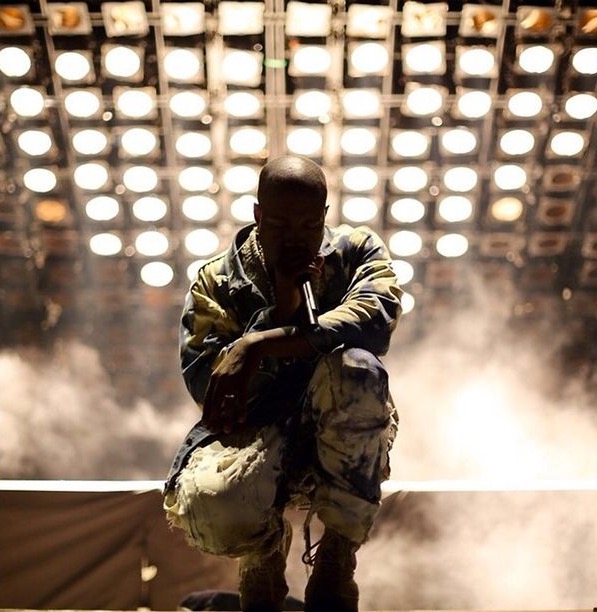